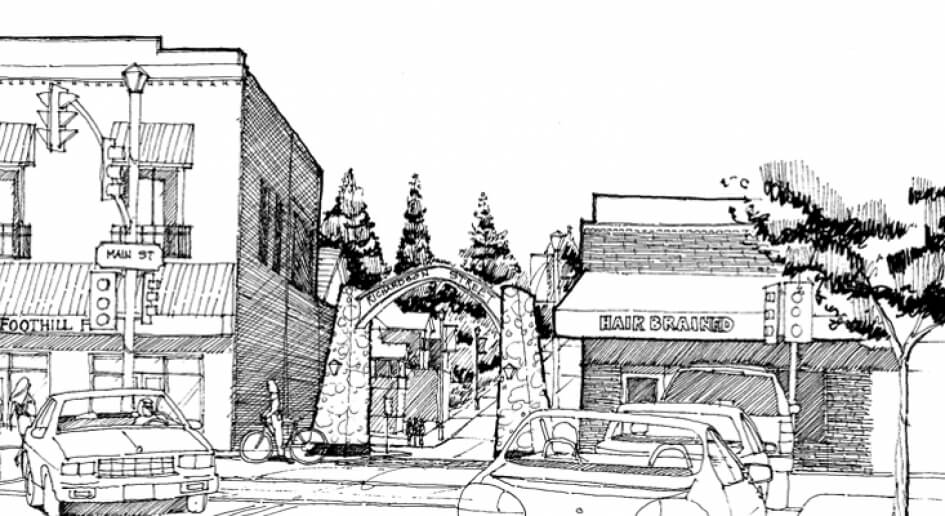 Located in the foothills of the Sierra Nevada, Grass Valley is a Gold Rush era town with significant historical resources; Mogavero Architects helped the City of Grass Valley update its General Plan in October of 2006.

We facilitated the participation of a very active citizen base concerned about growth, its impacts on the community at-large, and the resultant built environment.

Prior to this effort, the City of Grass Valley was experiencing significant population growth and housing demand. As such, this planning effort focused on issues such as how to grow while maintaining its small town feel along with how to ensure that residents had a variety of housing options. As a result, the Workforce Housing Task Force was formed to help address residents’ concerns about a lack of affordable, work force housing in addition to overall community form.

Over the last 25 years, there has been substantial low-density residential and commercial growth in the city as well as beyond city limits creating significant transportation and community connectivity problems.

The downtown had already undergone substantial revitalization, but challenges in newer parts of town included traffic congestion and lack of mobility options. Our firm’s work focused on preparing the Urban Design Element which planned for the integration of urban form and transportation as well as connectivity for three new areas proposed for annexation to the city.

The firm also facilitated the participation of a very active citizen base concerned about growth, its impacts on the community at-large, and the resultant built environment.