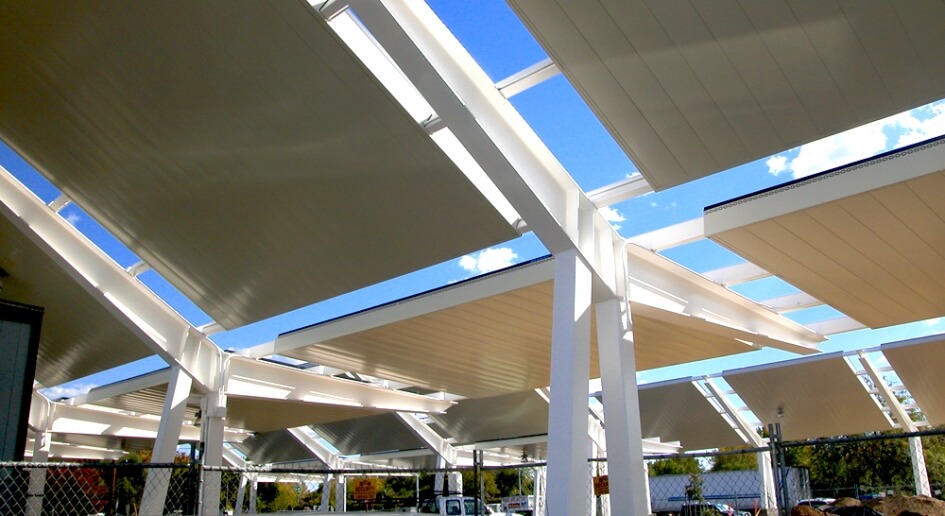 SMUD (Sacramento Municipal Utility District), BP, and Ford Motor Company co-sponsored this hydrogen refueling station as a demonstration project located on the SMUD campus. The station produces hydrogen for fuel cell vehicles by combining water and electricity in an electrolyzer. Hydrogen is stored on site in tanks and dispensed to the fuel cell powered vehicles through a dispenser that looks much like a typical gas pump.

Mogavero produced schematic drawings and visual simulations of the site to be used for bidding during the design-build portion of the project.

Much of the electricity used to convert water to pure hydrogen is produced on site by the 100kW photo voltaic (solar panel) array that shades parked cars around the station.

As part of the programming portion of the project, Mogavero suggested the inclusion of a visible public education area. This area will be designed to house exhibit information illustrating how hydrogen is produced on site and how fuel cell vehicles work.

Fuel cell vehicles produce only water as a by-product and thus emit none of the common vehicle related pollutants. This station will serve as part of the “Hydrogen Highway” that is envisioned to someday stretch the length of California.

Mogavero produced schematic drawings and visual simulations of the site to be used for bidding during the design-build portion of the project.