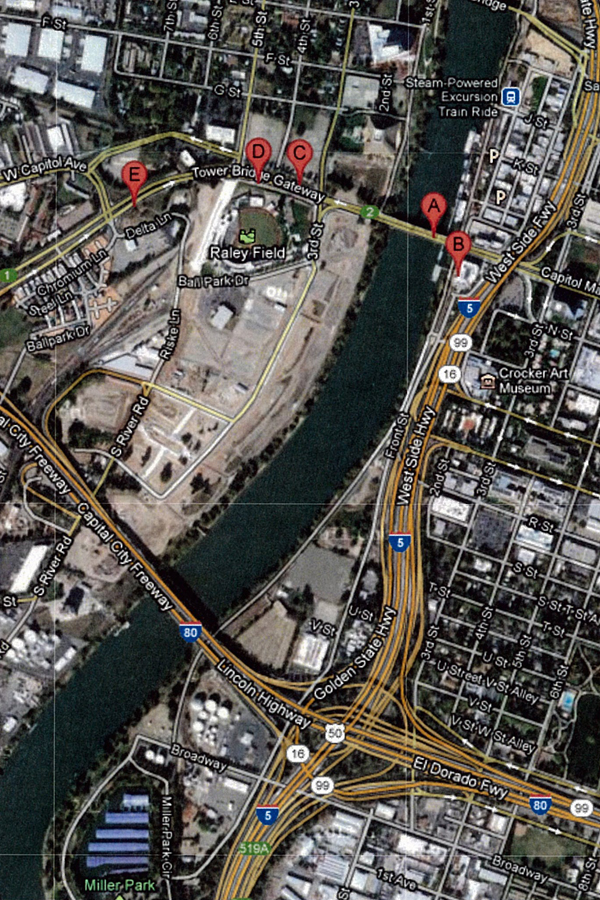 We have the fortune of currently working on two great redevelopment infill projects in West Sacramento. As a result, we are working in the area where the City has just completed a major change of their public realm through reconfiguration of their streets just west of Tower Bridge.

It is, by far, the smartest investment of public transportation resources in the region. Through elimination of grade separated interchanges and emphasizing sidewalks and shade trees they are:

1. Reclaiming the district for easier and safer pedestrian and bike movements.
2. Reducing the speed of automobiles- enhancing safety.
3. Providing the opportunity for new development to “people” these streets.
4. Increasing the probability of redevelopment in this district.

In contrast, most jurisdictions in the region continue to spend their money on wasteful road capacity increases that have negative impacts on the neighborhoods surrounding them.

The project is not perfect: all the streets are too wide, seemingly designed for the infrequent extreme peaks associated with infrequent use of the baseball stadium.

Nonetheless, West Sacramento’s leadership deserves big credit for a major dismantling of the auto dominated infrastructure that has been the scourge of all American communities.