Governor Brown must focus on the real cause of cities’ ills

While mayor of Oakland, Gov. Jerry Brown attempted to jump-start the construction of substantial new housing downtown. He found it tough going for many reasons, including challenges brought under the California Environmental Quality Act. His frustration has led him to focus on reforming the CEQA process for infill development.

Other legislators, including Senate President Pro Tem Darrell Steinberg, have been pursuing the same goal of CEQA reform to promote infill. But the zeal of the governor and others on this subject, while laudable in their goals, has been creating a massive distraction.

Administrative and legislative staff and others in the third house appear to be running around asking each other, “How do we reform CEQA to please the governor?” As everyone gears up for the next legislative session, I once again find myself in multiple meetings and responding to repetitive calls asking that same question.

The almost singular focus on CEQA reform has distracted advocates and staffs from focusing on the underlying reason that CEQA exists – to control urban sprawl.

Yes, CEQA has occasionally been used to slow down infill reinvestment for our cities. The reform of CEQA, however, does not directly address what is by far the most significant barrier to infill – the distortions in the real estate economy from subsidized sprawl.

For 60 years, federal, state and local governments have invested trillions of dollars of infrastructure into subsidizing sprawl, deflecting public and private investment away from our existing neighborhoods to new subdivisions on our farmland and wildlife habitat.

In addition, zoning codes have created a roulette wheel of opportunity for well-capitalized land speculators to make campaign contribution bets to insure that the little white ball ends up on their number – creating huge windfalls for them, at the public’s expense.

In the end, all of the real costs of sprawl are to the citizens of California communities. Builders and house buyers end up without cost-competitive options to the deeply subsidized and politically facilitated remote homes. Infill development doesn’t have the slightest chance to compete on a level playing field void of these government distortions of the marketplace.

The result is a building industry that is dominantly engaged in mass production on “greenfields” and lobbies fiercely to protect this business model.

There are myriad economic, social and environmental reasons urban sprawl, and its resulting automobile dependency, has been the scourge of every California community – indeed every American community – for 60 years.

It is not just air pollution and traffic congestion, but the loss of economic reinvestment in our urban cores; massively wasteful investment in our horizontal infrastructure that no municipality can now afford to maintain; our children’s loss of independence because they cannot safely move around their neighborhoods without a chauffer; the huge cost of car ownership (especially for low- and moderate-income households); the often devastating cost of car accidents; and perhaps, most importantly, the American economy’s vulnerability to the increased cost of fossil fuels.

There are some simple actions that should be the focus. These include precluding development in unincorporated areas; redirecting our state infrastructure dollars from sprawl-inducing road capacity to transit operations; and enhancing neighborhoods to be more friendly to bikers and walkers. All this would have the residual benefit of healthier communities and preparing us better for the inevitable rise in gas prices.

Cities and counties will not like many of these solutions because they restrict their prerogatives. Land use, however, is a central issue affecting every facet of daily life in California. Local and regional governments for six decades have largely failed at their responsibilities to be good stewards of our agricultural, landscape and urban neighborhood heritage. You need only drive Highway 99 through the Central Valley or Highway 10 through the San Gabriel Valley to see the ubiquity of sprawling evidence for this failure.

Some may say, “What about Senate Bill 375, Steinberg’s important planning bill?” It is an important step in state involvement in land use planning, but does little to insure that the planning is done well by local government or, more importantly, that actual new development is done well.

By the way, the need for redevelopment arises almost completely from sprawl extracting (or sucking, to be less polite) all the economic resources out of downtowns and old neighborhoods.

So, we should ask the governor and the leadership in the Legislature to please help us focus directly and not obliquely on what truly hampers the rebirth of our downtown areas – urban sprawl.

If we can get that right, we will find many people more willing to make the big leap on CEQA reform.

Today, we benefit economically from the governor’s leadership in his first tenure as governor. For example, Title 24 for energy efficiency is arguably the most important environmental action on the planet ever. We need leadership to avoid squandering the current tenure. Let’s focus on solving this most critical statewide challenge directly, without distraction. 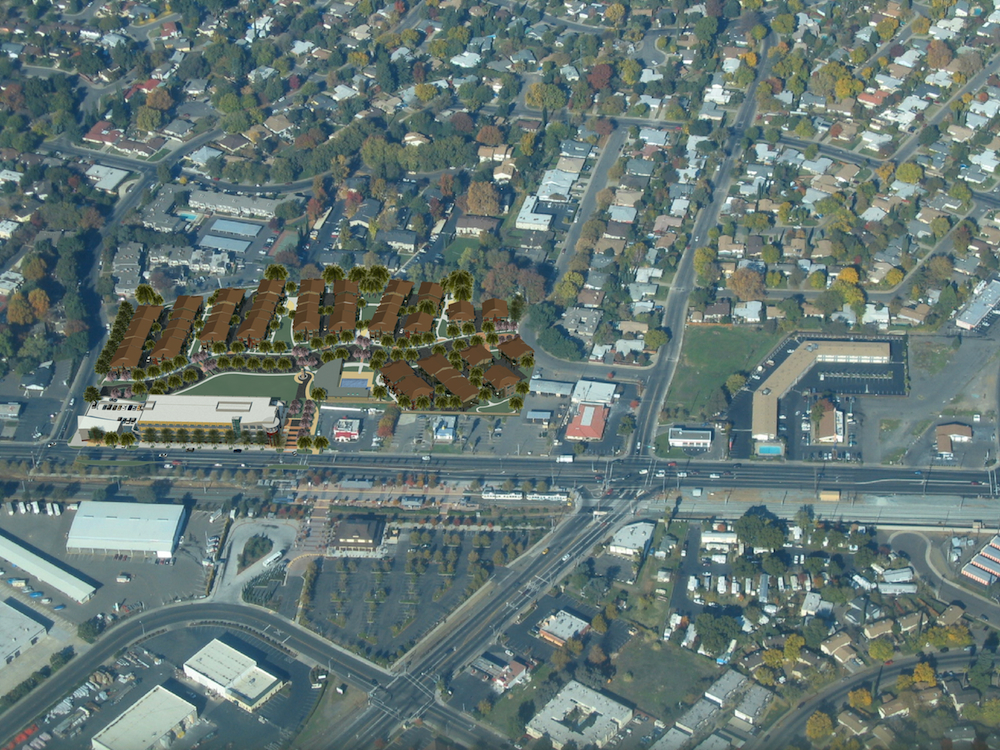