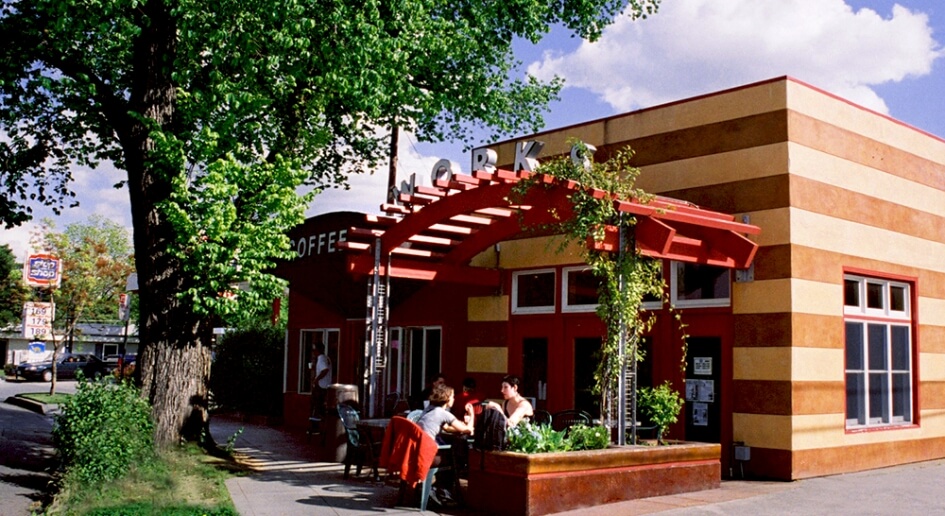 The design for this remodel and expansion communicated the company’s central identity as a roaster of fine coffee while expanding opportunities for on-site retail sales.

The facade was redesigned to incorporate more light and visual identity into what was an older, utilitarian commercial building. The roaster and cafe now has an airy feeling indoors and new opportunities for seating outdoors. Usable space was expanded from 2,000 to 4,000 square feet.

The exterior space, adjacent to Folsom Boulevard and an adjoining alley, has been defined by an overhead trellis and a large planter along the alley’s edge. Interior improvements included increased seating for patrons– from four to 20 seats–while still emphasizing the roaster and coffee bean sales.