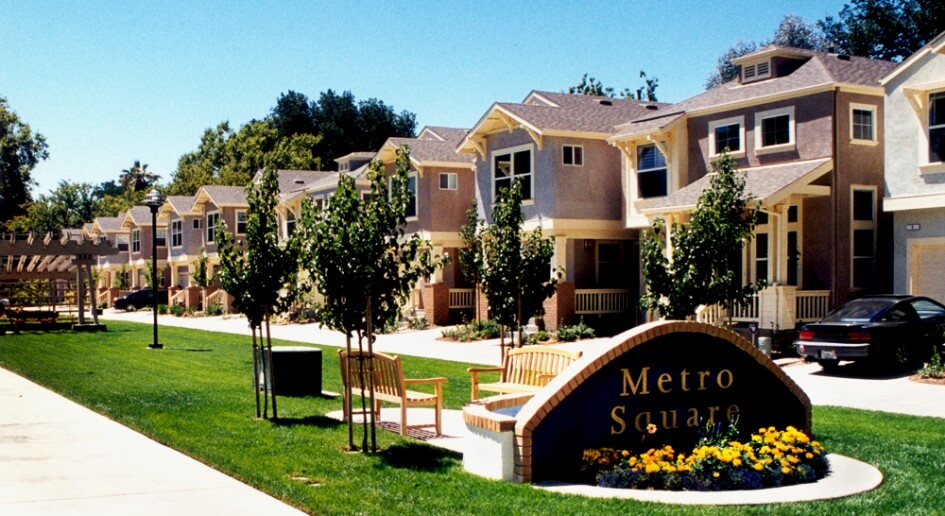 Architectural design balanced contemporary construction needs with the existing character of the neighborhood.

The project featured 45 single family homes on 2.2 acres (21 dwelling units to the acre) which ranged in size from 1,150 square feet to 1,550 square feet. Each unit has a front porch, a small private backyard, and a one or two car garage tucked under the unit. The 2-story homes offered two to three bedrooms, and up to two and one half baths. Some plans featured dual master suites, den/library or private decks.

The Redevelopment Agency loaned the developer $1.2 million to reduce the land costs and mitigate the risk of building in the central city rather than in the suburbs.

Architectural design balanced contemporary construction needs with the existing character of the neighborhood. A central courtyard serves as a focal point for community interaction. The street appearance of the project conformed to that of an early 20th century residential neighborhood, while the interior emphasized community interaction and contemporary development.

Making it more inviting to pedestrians and bicyclists, Metro Square has connected streets, bicycle network markings, crosswalks and other traffic controls at intersections, traffic-calming measures, and shade trees along its sidewalks.