The Sacramento Valley Conservancy offered the chance to do sunset kayaking at their “Glamp Out” (glamorous camping) event at Camp Pollock.  The camp, which was built in 1924 and run by the Boy Scouts, is on the north bank of the Lower American River, just upstream from the confluence of the Sacramento River, right in the middle of urban Sacramento.  The camp was purchased in January by the State Lands Commission and is being managed by SVC in accordance with the American River Parkway Plan. 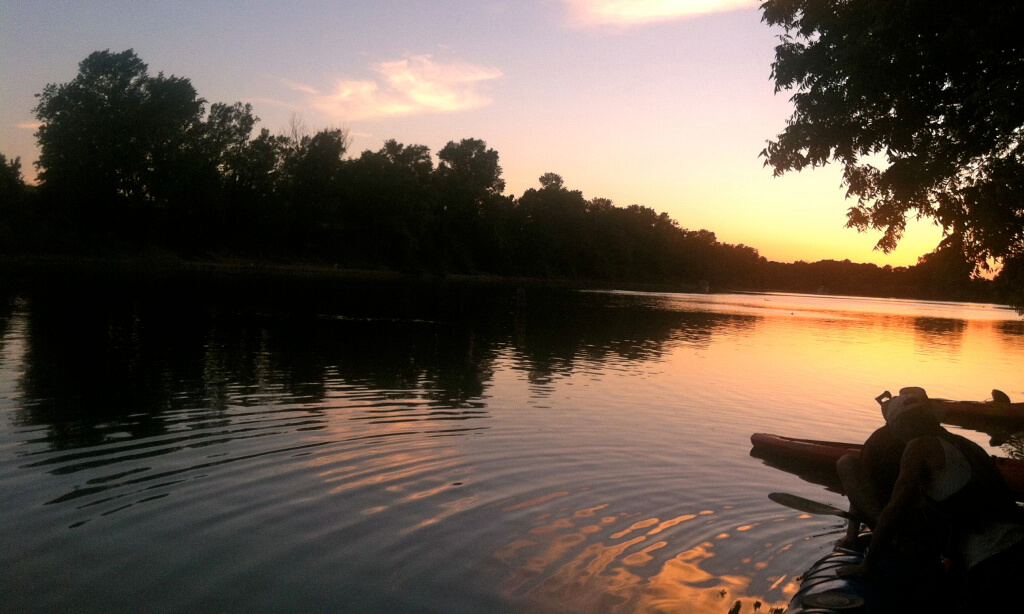 The bridge in the background is Highway160 near Richards Boulevard and has a light rail train crossing over it every few minutes. Normally, I pass over this space and never have a chance to connect with the river just below me. Seeing things from the water at sunset transported me to what seemed like a different place, even though it’s just minutes from home. 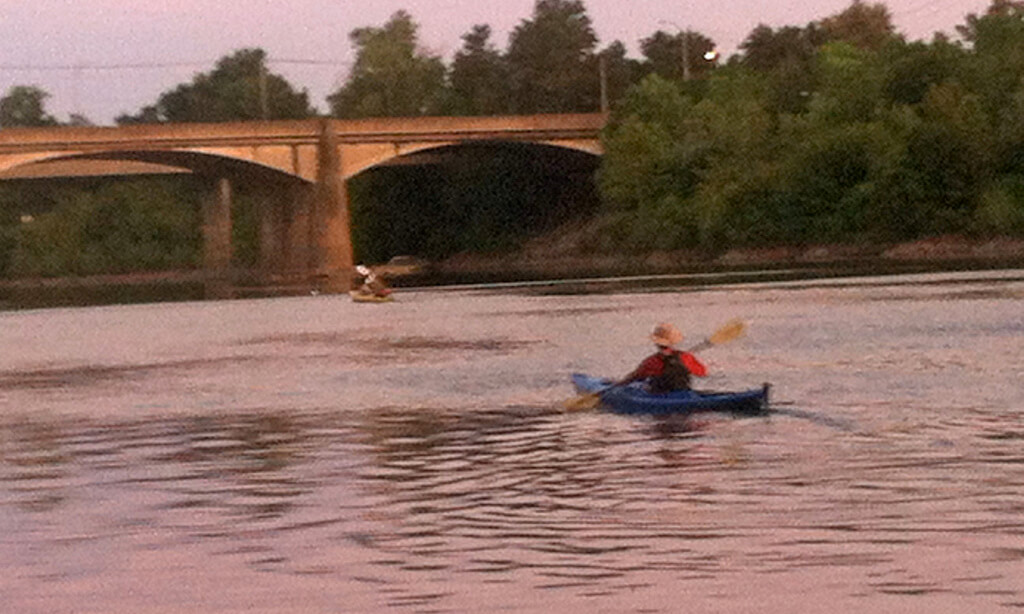